Ask any Southern Italian, or Italian American, to imagine cooking without the color and the fragrance of tomato, and they will probably tell you it’s impossible. 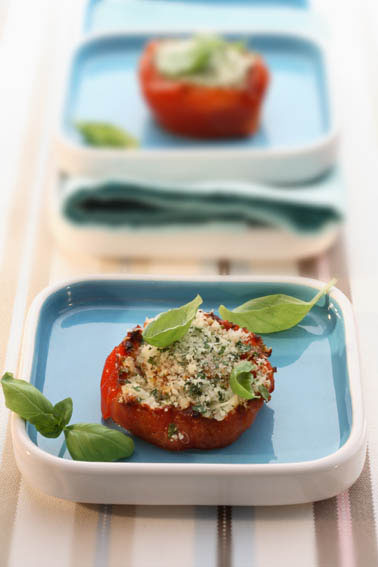 However, the use of tomato spread in European kitchens fairly recently: although it was first introduced in the 16th century, the vast majority of people treated it as a pretty, but possibly poisonous, decorative plant for at least the next two hundred years. In Peru, Mexico and Chile, where it originated from, the natives also treated it as unedible. 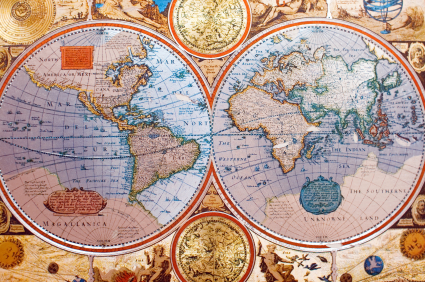 While nobody was stirring Marinara, alchemists were concocting plenty of potions featuring the new fruit, which was believed to have aphrodisiac powers when ingested in small amounts. This accounts for the romantic names the plant was given, from England and France (Love Apple, Pomme d’Amour) to Italy Pomo d’Oro, Golden Apple) .

It’s still unclear where and when, in Baroque Europe, someone first tasted the mysterious fruit. Maybe it was a brave and hungry farmer in Southern Italy, in times of famine. Maybe the Sephardic merchants of Livorno, who had first imported the seeds (this may be the reason why many tomato-based local dishes are called “Jewish-style” or “Moses-style”). Or it could have been a bored aristocrat in France, where tomatoes were only eaten at the Royal Court until well into the 18th century. 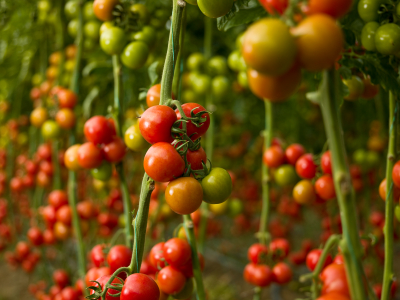 In any case, once Europeans actually bit into it, there was no way back! According to Neapolitan screenwriter Luciano De Crescenzo, “ The discovery of tomato represented, in the history of food, a revolution comparable to what the French Revolution constituted in social history”.

Cut the tomatoes in half horizontally, scoop out the seeds and pulp, sprinkle the inside with salt and drain upside down for 30+ mins. Save the pulp.

In a food processor, mince the garlic, anchovies and herbs, and blend with the tomato pulp that you had set aside. Add the olive oil and the bread crumbs. Add the bread crumbs gradually and stop once the mix holds together without being too firm.

Stuff the tomatoes with the mixture, brush the top with little more oil, and bake for 35-40 minutes in a pre-heated 400 F oven. 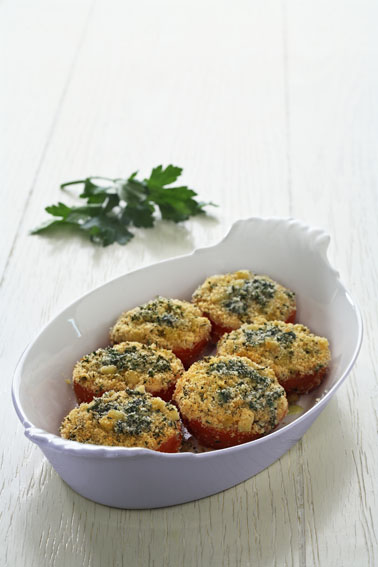