Passover, or Pesach in Hebrew, is an eight-day (seven in Israel) holiday that celebrates freedom, by retelling the story of the ancient Israelites’ liberation from Egypt. Special symbolic foods are arranged on the seder table, and we read out loud the haggadah, a book that tells the story of the exodus. One of the main goals of having a seder is teaching children about the exodus, encouraging questions from them in the hope that they will learn to appreciate (and fight for – my father would add) the gift of freedom. It’s not that hard to keep kids interested and involved, as this is one of the rare occasions when they are allowed to stay up REALLY late at night, which in itself feels like a big deal to the young ones. However, if a family seder with a couple of cousins can be fun, a whole community seder with a couple of hundred people and a bunch of kids of different ages can be a total blast, and if you ever visit Venice for Passover and make sure to reserve a spot on time, you will be able to witness just that (you may want to bring ear plugs). The tradition of the public seder in the social hall in Venice goes back to 1891, making it the oldest in Italy. Apparently, it was nothing short of revolutionary, for a traditional community with an orthodox rabbi to have a public seder (which is generally more of a reform tradition, unless one is at a vacation resort). However, the Venetian mutual aid society “Cuore e Concordia” (heart and concord), which initially created the seder only for children and the poor or people left without a family,  later realized that, with the increasing level of assimilation, there were many families that lacked a person capable of leading a traditional seder and reading from the Haggadah in Hebrew, and opened the event to the whole community. 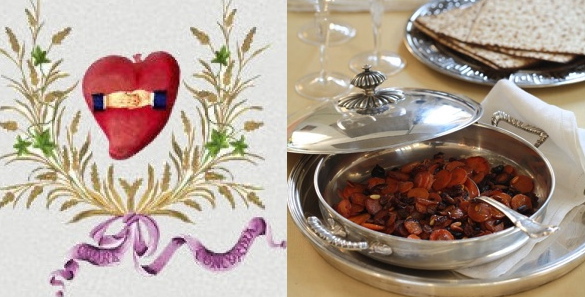 Fast-forward more than 120 years, and every Passover, about 200 people (half of the Jews of Venice… plus some tourists, of course) celebrate with a degree of energy and joy that are rarely seen in a smaller context, culminating in the children’s loud singing of “Capretto” (Little Goat), the local version of the famous Passover song “Had Gadya“. One of the consequences of having a large public meal every year is that the traditional menu for the whole community has become crystallized, and changing any item would feel like converting to a different religion. In particular, we are all very attached to the vegetable sides: artichokes, of course; stewed fennel; and this sweet-and-sour carrot stew, which will remind some of you of Tzimmes, but it’s much less sweet. Make sure you use the best organic carrots you can find, and to cook them until they are quite soft: they are supposed to be stewed, and not sautéed. 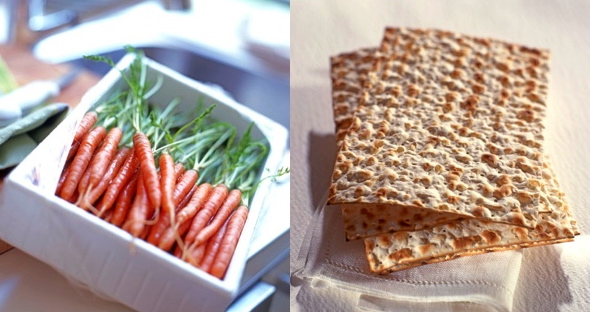 Place the oil (or oil and chicken fat) in a pot or skillet with the sliced carrots, and drizzle with about 1/2 cup water.Add salt, and cook on low heat, covered, stirring occasionally, for about 10-15 minutes. Add the raisins and pine nuts and some black pepper, and cook uncovered, over high hear, for 2 to 5 minutes longer or until desired tenderness (the carrots should be soft). When they are almost done, add the vinegar and cook for one more minute or until it's absorbed.

More Vegetable Side Ideas for your Passover Seder (or any time!) from some of my favorite blogs: