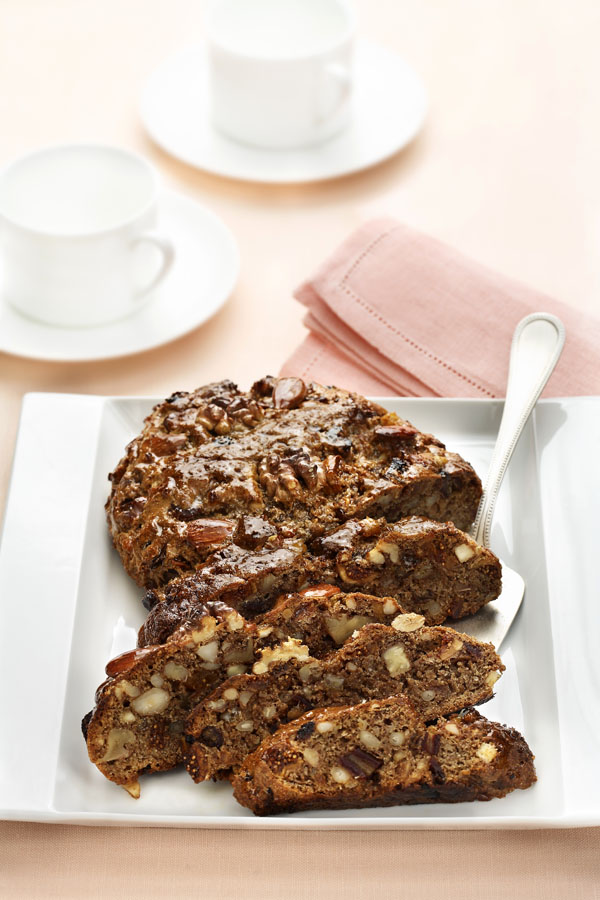 Our kitchen and dining room overlook a lovely garden, with a couple of old trees where lots of adorable little squirrels have made their nest. Every now and then, a big, bushy gray tail pops up on one of the windows, a sign that they are watching us and wondering if what we are putting on the table is more or less interesting than their usual fare. This week our little fuzzy friends might be paying us more visits: the ingredients I laid out to bake for Tu’ Bishvat are an irresistible attraction. 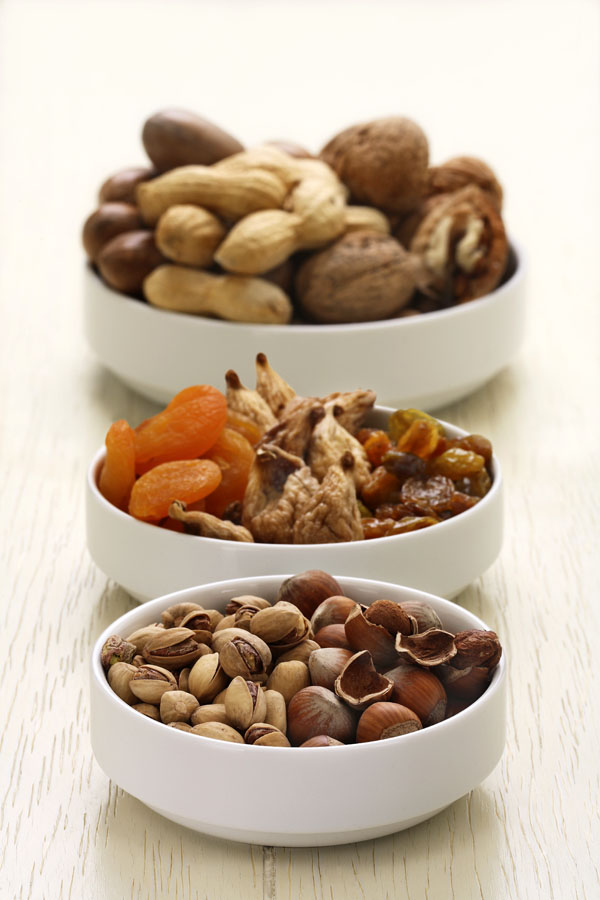 In the Jewish Tradition, Tu’ Bishvat may be technically a minor holiday, but its special eco-message that we should connect with God through nature resonates very deeply with many of us.  Many people celebrate this special “Birthday of the Trees” eating dried fruits and nuts, particularly  those associated with the Promised Land! A kabbalistic tradition teaches that eating three different types of fruits creates a mystical connection with the Tree of life from the Garden of Eden. The first type are those fruits and nuts with inedible exteriors and edible insides, like oranges, bananas and many nuts. The second type are those fruits that have soft edible exteriors but a hard pit inside (like dates, apricots, etc). Finally, fruit that is eaten whole, like figs and berries. You  can taste all this fruity-nutty goodness in these special honey-rye breads. For more Tu’ Bishvat recipes, you can check my old posts here. 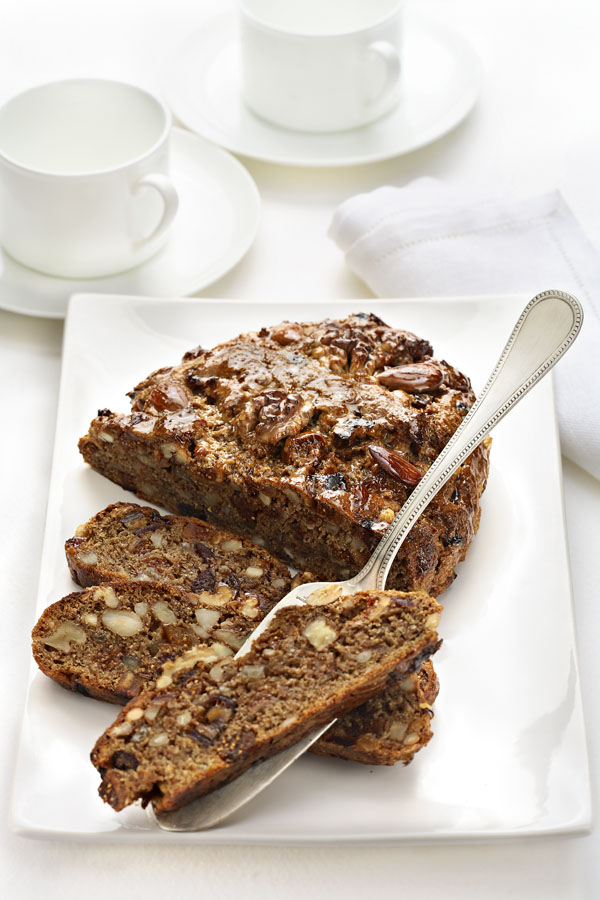 Soak the raisins in hot water until soft, drain and pat dry. Coarsely chop all the nuts and dried fruit and place them in a bowl with the raisins. Add the grated orange zest and the orange juice, and the grappa or brandy. Allow to restfor at least 6 hours at room temperature (overnight is great). Add the rye dough (for the rye dough, I used Smitten Kitchen's recipe: http://smittenkitchen.com/blog/2010/01/new-york-deli-rye-bread/ ) and combine well, kneading until everything is well combined. Divide into two parts and shape two oval, slightly flattened, breads.

line a large cookie sheet with parchment, or grease it with butter and dust with flour.

Place the breads on the cookie sheet (allow space for raising) and bake in a pre-heated oven at 350 F for about 40 minutes or until golden. Allow to cool. Melt the honey in a small saucepan on low heat, and brush it over the fruit breads. Enjoy on their own or with the addition of whipped cream. 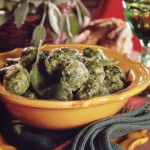 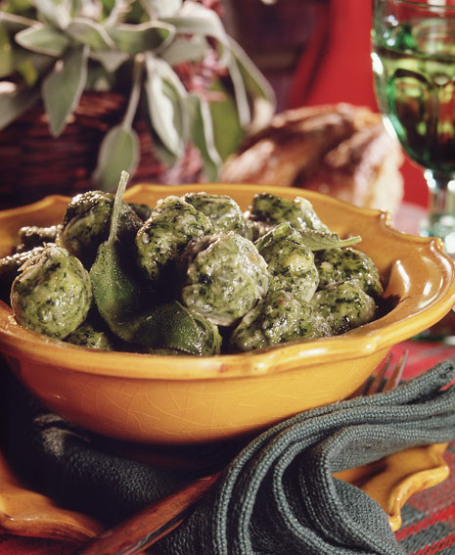 In contrast with today’s rampant carb-phobia, bread was considered for many centuries the most sacred of foods. In the Judeo-Christian tradition, bread was always a symbol of God’s generosity toward mankind and of the fecundity of the earth- it’s still the center of countless religious rituals, not to mention superstitions and everyday idioms.

As a consequence, in many cultures there was always a stigma associated with wasting it or throwing it out, not only among the poor, but even in wealthier households; which is how bread became the main protagonist of the history of sustainable cooking.

Growing up in Italy, I learned how to store bread in paper bags so it wouldn’t become moldy. Rather, it dried out: after a couple of days it could be soaked in water, milk or broth and turn into thick soups or bread cakes, or add fluffiness to meatballs. If we waited a bit longer, we would simply grate it into crumbs. Each region has its traditional recipes, but it was during my vacations in the Italian Alps that I discovered what became my personal favorite.

In northeastern Italy, mountains and glaciers soar to almost 13,000 feet, contributing to a panorama so majestic that some say it makes you feel closer to God. My dad loved rock-climbing, and ever since I was a little girl, he would take me along for his more leisurely hikes. This was our special time together, while my mom would wait for us down in the chalet because she suffers from vertigo! That would give her plenty of time to experiment with the local cuisine, which she learned from the local women, in particular the phenomenal Nonna Plava, an old lady who used to run a small hotel with her son and daughter-in-law, and loved sharing her recipes. One of the best is the Strangolapreti, gnocchi-size stale bread and greens dumplings that are served with melted butter and cheese.

In the Italian Alps, especially in the Trentino region, you can find many different versions of dumplings made from stale bread; the most famous are canderli (similar to knoedels, and to matzah balls), and strangolapreti.  This curious name, which literally means “priest-stranglers” (!) is also used to describe different types of pasta and dumplings in other regions. When I was little, I thought that the recipe must have been invented by some anti-clerical, communist grandmother!

I later learned that after the Council of Trent (1545-1563) prohibited the consumption of meat on Fridays, this became one of the traditional dishes for that day, and the legend goes that the clergy enjoyed it so much that they almost choked on it. Who could blame them? These dumplings are simply addictive, and I’ve risked the same fate more than once.

The most important thing to remember when making them (as with potato gnocchi) is to keep a light hand with the flour, and add it only a little at a time; if you add too much, rather than with priest-stranglers, you’ll end up with weapons.

Place the bread in bowl, cover with the milk, and mix.

Bring a large pot of water to boil. Add salt and the greens, and blanch for about 3 minutes. Drain, and dip in ice water to preserve the green color. Drain and squeeze well trough a colander and chop finely.

Squeeze any excess milk out of the bread; combine with the greens, eggs, flour and nutmeg until the mixture holds; if necessary, add more breadcrumbs rather than flour, but the mixture should be very wet. On a floured surface, divide the dough into 5 pieces. Dust your hands with flour, and  roll the pieces into 1/2 inch thick logs. Cut the logs into 1-inch lengths, and place the dumplings onto a floured pan or parchment..

Bring a large pot of water to boil over high heat. Add salt, and cook the dumplings in batches without overcrowding them.  They are ready when they  rise to the surface; remove them with a slotted spoon, and place on a sheet pan (in a single layer).

Melt the butter in a skillet over medium high heat. Add the sage leaves and cook until the butter begins to brown. Remove from heat, toss the dumplings, and serve, garnishing with the whole sage leaves. Drizzle with remaining butter and top with little black pepper and abundant grated cheese. 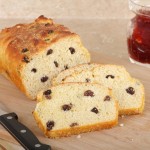 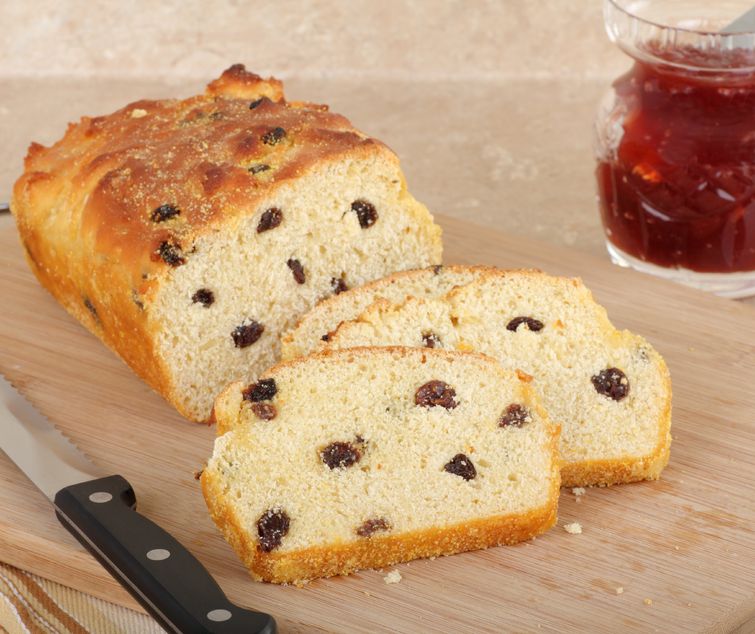 Bollo is a sweet-but-not-too-sweet bread with raisins, candied zest, and/or anise seeds (depending on which city you live in), served in many Italian and Sephardic communities to end the Yom kippur fast.  Its name means simply “cake” in Spanish and Portuguese, a sign that we need to thank the Iberian exiles for  yet another yummy treat!

In Venice, we are literally handed a slice as we are walking out of synagogue at the end of services, on the steps. Obviously, even a piece of cardbord would taste great accompanied by a tall  glass of lemonade after 25 hours without food or water! However, this cake keeps being served over and over all through the fall holidays, upon entering the sukkah and until Shemini Atzeret. By then, we are usually stuffed, and I still love it – especially with jelly, for breakfast.

The Bollo is also one of the key elements of the “Tavola dell’Angelo” (the Angel’s table), a ritual table setting that several Venetian families prepare on the eve of Yom Kippur in their homes. The table is dressed in white, and decorated with harvest symbols such as pomegranates, flowers and corn. Jewish ritual objects, like prayer books Kiddush cups and candlesticks are also present. Finally, many families use sprouting wheat grains to write auspicious messages such as “Shana Tova”, or to draw symbols (like hands with the fingers spread out for the priestly blessing).

The center of the festive table are always the bollo and a cup or pitcher of water: a tease to humans during the long fast, these treats are in fact strictly reserved to a mysterious “angel”, in case he/she decides to pay a visit: Yom Kippur is, in fact, the holiest day in the Jewish year, the “Shabbat Shabbaton”, and… you never know!

If you happen to be in Venice around the fall holidays, don’t forget to try the bolo from the local kosher bakery, Volpe . You can also pop into the Giardino dei Melograni kosher hotel (by the Hosteria del Ghetto kosher restaurant) and check out their beautiful Angel’s Table.

But back to the Bollo….

In a bowl, combine the yeast with the warm water and only about 1/4 of flour and 1/4 of the sugar . Mix well, cover with foil and allow to rest in a warm place for at least 1 hour (even overnight) or until doubled in size.  If your apartment is cold, you can turn the oven on and then off: once the oven is warm but not scolding hot, place the bowl with the mix inside, covered with aluminum foil.

Once the mix has more or less doubled in size, add the rest of the flour, the sugar, 3 eggs, and mix well by hand or in a stand mixer. Cover again and allow to rest again in a warm place for 2 hours or until it doubles in size again.

Add the rest of the ingredients and knead again for a few minutes, then shape it into two oval breads.

Cover again with a towel and allow to rest and rise for at least 2 more hours or until light and fluffy and doubled in size.

Brush the top with the egg yolk (slightly beaten with very little water). If your oven tends to be dry, you can also spray lightly with a fine mist of ice water (to prevent it from darkening too much), and add a small pyrex pot or pan full of water in the oven, to keep the air moist. Your oven should be preheated at 450F. Bake at this temperature only for the first 5 to 7 minutes, then lower to 360 for another 35 or 40 minutes. Baking time varies depending on your oven.

***P.S. if you are not much of a baker, there are quicker ways to break the fast Italian-style: try quince paste with any simple cookies, or – if you can tolerate alcohol – the Piedmontese “Bruscadela“: layers of toasted challah soaked for a few hours in mulled wine (simmered with cinnamon, cloves and sugar). I had this once and it made me sleep for 13 hours.