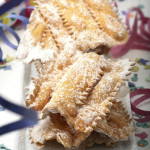 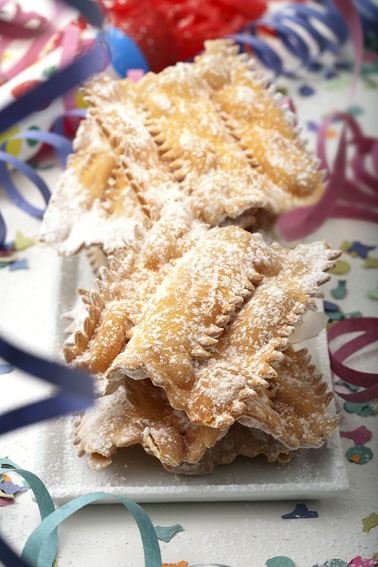 In case you were wondering, “Dinner in Venice” did not grow up with the Carnival: when I was little, all that was left of the old glories was a few fried sweets and children’s costume parties of the same scale as an average birthday. Imagine my excitement  at age 10 – and my mom’s concern – when the local government announced that, in an effort to promote the history and culture of Venice (read: boost tourism and the resulting income) they were going to bring back the historical Carnival. It was 1979, and about 3 millions extra visitors have been literally flooding Venice each winter ever since. 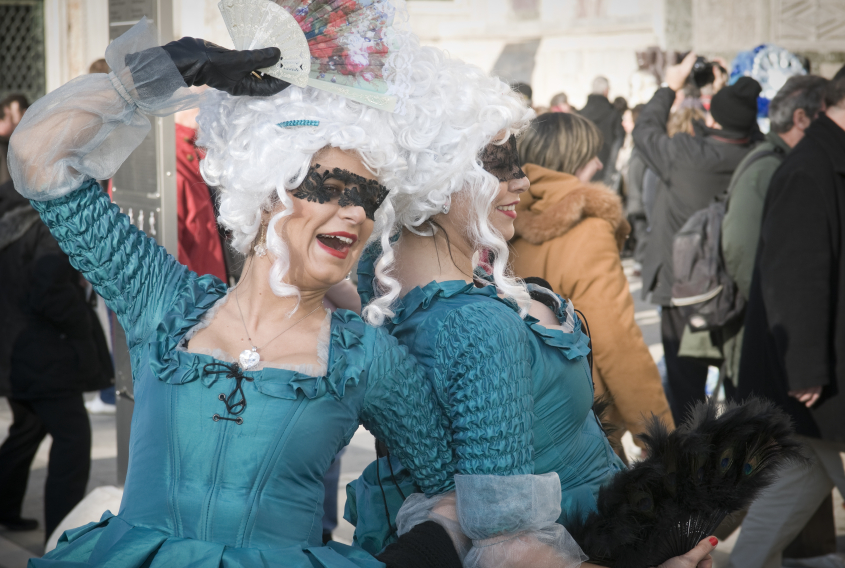 The first record of some type of Carnival celebrations in Venice is in a document from 1094, which describes plenty of partying and dancing in the weeks before Lent, a penitential period for the Christians;  however, the history buffs among you will be quick to point out that the roots of Carnivals can also be traced in those ancient pagan rituals for the passage of seasons, such as the Greek cult of Dionisus and the Roman saturnalia. Indeed, it was the Romans who best summarized the concept in their famous motto: “Semel in anno licet insanire” (it’s acceptable to go crazy, once a year).

Many scholars, like Edward Muir, suggest that far from being just for the sake of having fun, all these festivities offered our Early Modern European friends an important “safety valve”. Not that anybody would discuss “stress” back then, but think of the pressures of such a structured society! Basically, give the crowds lots of doughnuts and wine, and permission to make fun of the local lords and cardinals, and they’ll forget about actually rebelling against them. Much like the idea of the Roman circus.

Masks, the main symbol of the Venetian Carnival, are only mentioned starting in the 13th century, and we don’t really know why they were first introduced. What we do know is that, while covering up the face and the body is encouraged by many traditional cultures as a means to preserve modesty – in the city of Casanova, it always promoted vice rather than virtue!

Just to give you an idea of the atmosphere, the government even had to issue a specific law in 1339 to forbid sexually provocative disguises and “visiting nuns’ convents while in disguise”(!) 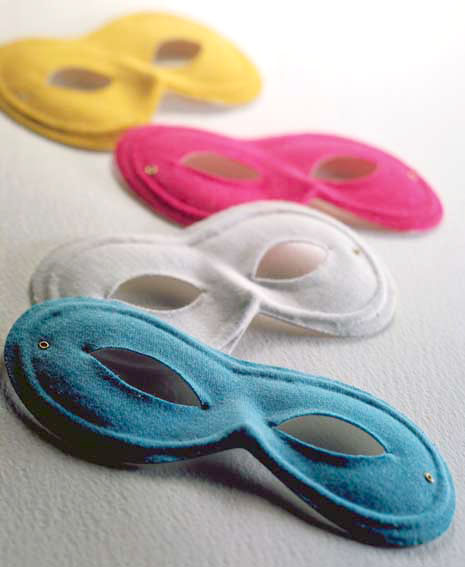 Masks provided the perfect cover for illicit romantic encounters, facilitated conspiracies, and fulfilled Cinderella-like fantasies by breaking down the usual barriers between different strata of society. The Venetians loved their new-found anonymity, and started wearing masks for longer stretches of time: in the Renaissance and Baroque ages it would have been hard to find anybody in normal attire between October and February!

Among lavish balls, plays, parades and music, people still found the time to indulge in desserts, in particular several kinds of fried sweets, from fritole to galani.

I’ve been looking for some kind of symbolic explanation for this custom, something along the lines of the Jewish tradition of eating fried things on Hanukkah to remember the miracle of the oil. It turns out that the reason behind the Carnival customs is much more prosaic: in the old days, January or February – before the restrictions of Lent – was the time when pigs were slaughtered; all parts of the animal were considered precious, and the lard (in its melted form, called “strutto”) was used for cooking and frying. Apparently, it resists high temperatures and tastes delicious –  those of you who don’t need to follow any religious or health-related restrictions might want to give it a try. The rest of us will have to stick to olive or vegetable oil! Galani (or “crostoli”, “chiacchiere”, “cenci”, as they are called in other regions) are addictive no matter what you fry them in. 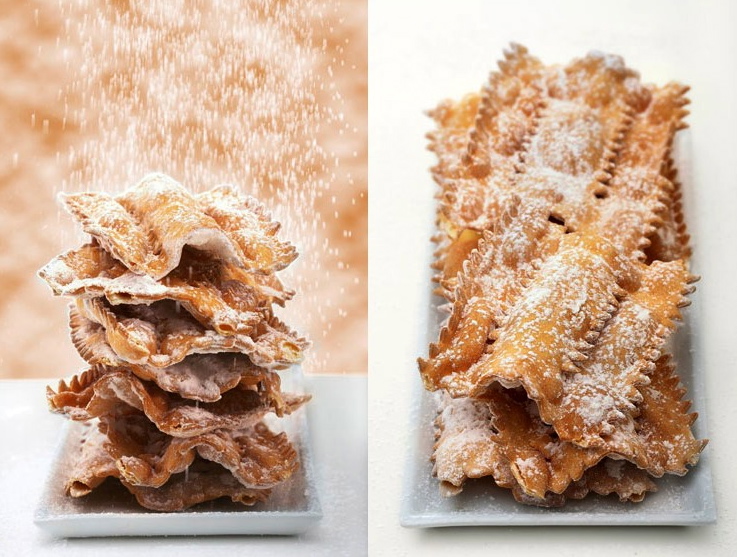 Combine the flour, sugar, salt and baking powder and salt in your stand mixer bowl or on a counter. Add the eggs, the liqueur, vanilla, and the butter (softened at room temperature). Process the dough until smooth, adding little liqueur or water if necessary. Cover with plastic wrap, and allow to rest on the counter for 30-40 minutes. Roll the dough out on a lightly floured surface using your rolling pin to 1/8", or you can simply use the lasagna attachment if you own a pasta machine. Using a sharp knife (or a fluted pastry wheel if you feel fancy), cut the dough into rectangles and add two cuts near the center.

In a heavy wide pot with tall sides (or in a deep-fryer), heat abundant oil (peanut oil, vegetable oil or mild olive oil) until tiny bubbles form when you throw a small piece of bread into it.

Fry the galani in batches, and dry them on a triple layer of paper towel before decorating them with powdered sugar.

OTHER FRIED RECIPES THAT YOU MIGHT WANT TO CHECK OUT:

My Recie de Amman (the Jewish version of these galani, for Purim) in The Forward

Tons of fried treats in my Hanukkah category – but they taste good any time of the year,provided you are armed with Alkaseltzer